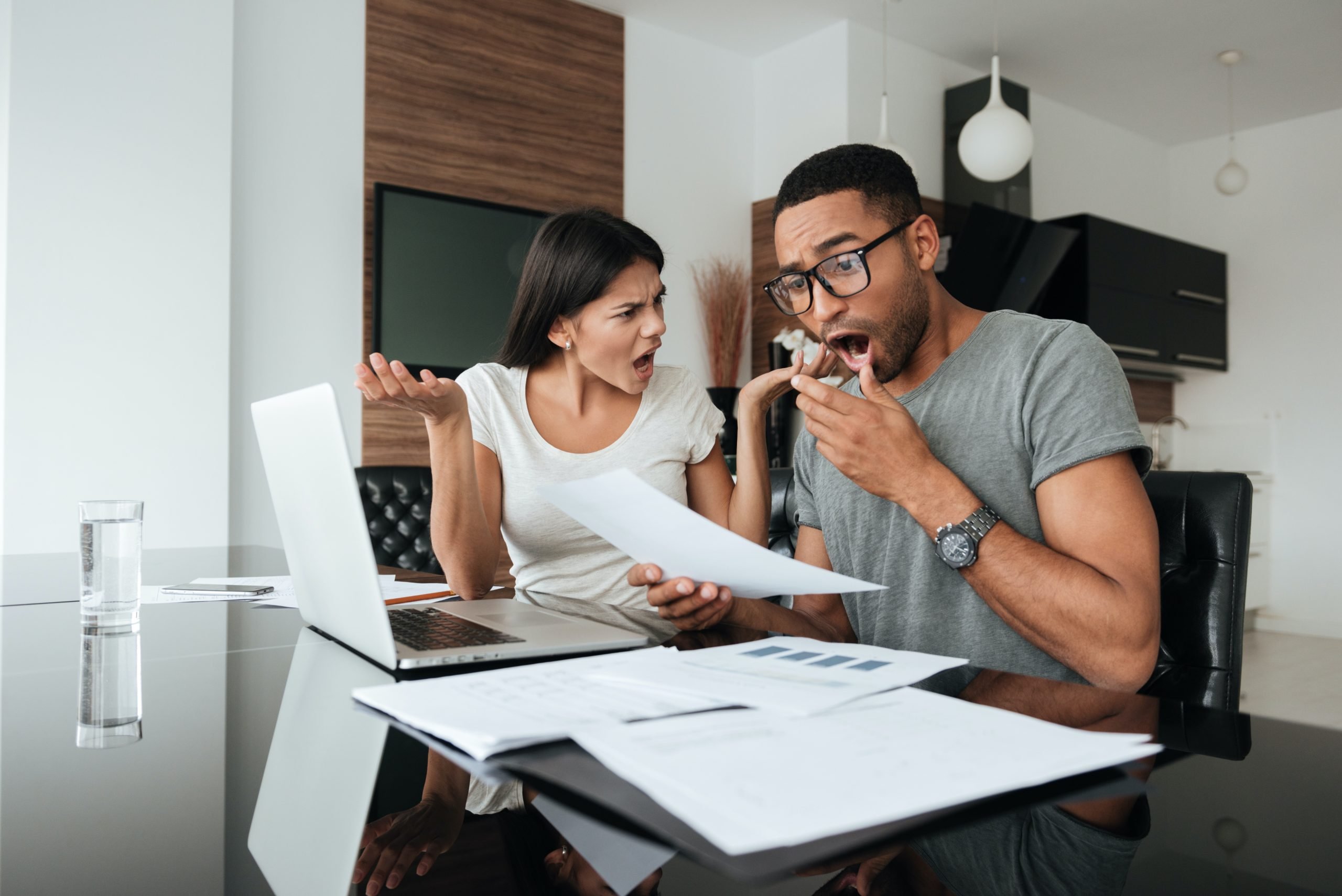 Take the money moral dilemmas out of your relationship!

Money is the cause of so many fights in relationships. Take the emotion out and get it down on paper.

So, here are a few money moral dilemmas.

I have some friends who are couples but aren’t on the same page when it comes to money. Of course, I will change their names, ages, marital status, absolutely everything so that they don’t think that I’m revealing their secrets. But if they read this and pick it, I’ll be in heaps of trouble, so cover for me, okay?

One is a couple who are engaged, but due to Covid couldn’t have the big wedding they were dreaming of.. so instead they bought a house together. But to get the money together for that house, they had to rely fairly heavily on the husband-to-be’s parents to make up the deposit.

Verbally they agreed the father would be part owner of the house until they can afford to buy him out. However, the daughter-in-law is now refusing to sign legal documents acknowledging his contribution. She’s saying because they’re getting married that “what’s hers is his and what his is hers” so therefore, why does it matter? She says it will all be coming from their joint account and the father-in-law should trust them.

Another situation is I have a friend who comes from serious money. She’s a trust fund baby and the primary income earner. Her husband is a bit of a layabout and not that interested in earning because he doesn’t have to as he knows he’s married into money and is set up for life. However, the power imbalance is so tipped to her favour, that whenever they get into an argument, money comes up he calls her a workaholic and she calls him lazy and using her as an ATM.

And finally, I’ve got another friend who is a dentist, and you think with the amount of income he’d have coming in, that things would be very well set up for him and his boyfriend. But in fact, he likes to play the pokies. He says it’s harmless, but his boyfriend says the gambling is happening more often and sometimes behind his back. They are saving for a house together and often the dentist can’t make his contributions towards the deposit. For someone in his earning bracket he’s still living pay cheque to pay cheque.

I guess my moral dilemma here is: Is it ever your place to make financial suggestions or give money advice to your friends or is it just stay out of it? I had to learn through bad financial experiences to teach myself to be much better with money. Let them sort out, just that like I did?

My advice would be to have some honest money chats with your partner and get on the same page. If one is a spender and the other a saver you need to compromise. If one had cash and the other doesn’t, I would always suggest separate bank accounts. When it comes to borrowing money from family members, I think you should be making everything legal in black and white and no grey areas.

Money is the cause of so many fights in relationships. Take the emotion out and get it down on paper. Then check in with each other once a month to ensure you’re both on track and heading towards the same goals.

Money, or lack of it, is such an avoidable fight so don’t avoid the chat.