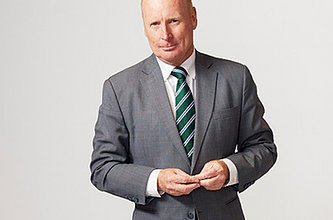 Right now, as an investor, you must watch the economic numbers. Logic tells you that the higher that asset prices go – for shares, property … anything really – then the higher the risk. There is one proviso … if whatever is underneath the asset is growing faster than the price – a share price say – then there might be some comfort in buying as prices rise.

Otherwise, your investing strategy is more of the greater fool theory … hoping that someone with less knowledge, more confident or just more foolish comes along and pays you more than you paid.

So, the economic numbers. First things first, the Victorian lockdown should not be enough to derail Australia’s economic expansion. It might take a dent out of Victoria’s confidence, but unless things get out of hand – and the lockdowns are extended significantly – there is enough momentum in the national economy to keep things going.

This week I spoke with independent economist Warren Hogan. I like Warren because he’s easy to understand and he has a steep background in economics; not the least being Chief Economist at the ANZ.

He says the risk is growing for business, investors and the Government is rising inflation. There is so much anecdotal evidence about this: the shortage of timber; the shortage of computer chips; the shortage of labour … just to start. A shortage of anything causes price to rise. It’s economics 101 about supply and demand.

Yet, as Warren points out, the Reserve Bank and Government are right now ignoring much of the inflation that is emerging. The reason is the pandemic has closed Australia’s international borders leading to significant skilled and unskilled labour shortages. In turn, there is anecdotal evidence that wages in some sectors are starting to rise well above the official inflation rate. But the RBA is of the opinion that borders will eventually re-open, leading to a flood of labour from overseas that will take pressure off wages.

But Warren Hogan has a warning: “The thing that the markets are worrying about is just like in the early 70s, they looked through the oil price shock … but it didn’t work. It turned into a generalised decade long inflation now that’s a remote risk at the moment. But central banks are paid to risk-manage this as inflation pressures emerge. I think you are going to see their rhetoric shift maybe not the next few months but – if this continues – towards the end of the year. And of course, this is critical for equity markets if those long-term interest rates start going up on the pricing of the risks of inflation, equity markets will wobble.”

So, the key numbers to watch right now – in no order – are long-term Government bonds rates in the USA and Australia. If they surge, risks rise in equity markets and, eventually for property as well. Inflation – this is obvious … but also watch the employment numbers and especially the wage index numbers from the Reserve Bank. The reason to watch this is because labour shortages fuel wage demands which in turn often leads to price inflation. The question is whether any inflation that emerges is genuinely short term … and whether it can be controlled.

As Warren Hogan told me: “We can see it (inflation) emerge very quickly if wage pressures, if labour market shortages, become binding in the next 12 months. If we don’t get our borders open, we don’t get those new workers in, we could have some real problems in 18 months. The problem is you can’t wait for it to happen, because once this happened, you have to put the economy in recession to get it (inflation) out of the system.”

The bottom line here is watch around you for signs of rising prices or wages … and keep watching the markets. For investors: these are the first amber lights in a year of runaway prosperity.